A Key Case on Legal Advice Privilege, and other stories

The government has committed to a series of technical notices aimed at providing guidance and information to UK businesses and citizens on how to prepare for a “no-deal” Brexit.

In response to that commitment, the government recently published a technical notice on workplace rights advising that there will be minimal change to UK legislation derived from EU law.  The government intends to make amendments to the language of UK employment legislation to reflect the fact that the UK is no longer part of the EU; however, these amendments will not materially change existing employment rights.

The key changes relate to an employer’s insolvency and to European Works Councils (EWC).

No new requests to set up an EWC can be made.  In light of the fact that there will no longer be reciprocal EWC arrangements between the UK and the EU post Brexit, the notice recommends that UK businesses with EWCs, and trade unions that are parties to an EWC agreement, review those agreements.

The notice also recommends that employees working in other EU countries should check whether they will be protected post-Brexit under the national guarantee fund established in that country in the event of their employer’s insolvency.

In this case, the Employment Appeals Tribunal (EAT) considered the situation where the last day for presenting a tribunal claim fell on a Sunday.

In this case, the Claimant Mr Saad made an allegation of racial or religious discrimination in a grievance.  The Tribunal found the allegation to be false but that the claimant subjectively believed in what he had said. However, it also found that he had raised the grievance to deflect performance processes. It accordingly found that he had acted in bad faith.

The EAT disagreed, finding that that Mr Saad had made his allegations honestly; his “ulterior motive” for making the allegations did not mean that he had acted in bad faith.

The decision represents an important clarification of the grounds on which “bad faith” can be alleged in victimisation claims.  The EAT stated that the main question is whether the employee acted honestly in giving the evidence, or in making the allegation, and not whether the employee was acting with an “ulterior motive”.

No privilege for legal advice where immoral behaviour is involved

The EAT has held that an email from a lawyer was not covered by legal advice privilege because there was a strong prima facie case of a immoral behaviour, or iniquity. The email gave advice that a genuine redundancy exercise could be used as a cloak to dismiss an employee in order to avoid his continuing complaints about disability discrimination. The EAT set aside an employment judge’s decision to strike out paragraphs of the employee’s claim relying on the email on the ground that it was covered by legal advice privilege. Whether the advice was in fact given to perpetrate or further an iniquity would be for the tribunal hearing the claim to decide.

Acas has produced new guidance in relation to job references, available here, which is aimed at both employers and employees.

Based on the most frequently asked questions on the Acas helpline, the guidance explains what references are, providing information on what they should include, when they are required and on common problems.  The questions the guidance addresses include: 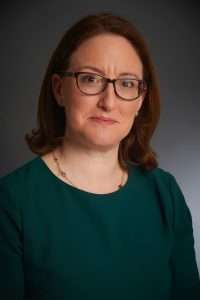 References should be consistent, fair and accurate, with facts supporting any opinions expressed to avoid the risk of allegations of discrimination, or breach of trust and confidence.

This guidance will be welcomed by employer and employees.

A recent YouGov survey has revealed that nearly half of people work flexible hours or are part of a job share arrangement and just 6% of people in the UK work traditional 9am-5pm. 66% or respondents stated that they would prefer to start and finish earlier.

If you have any questions on any of the above information or require employment law or HR advice, please contact Kate Lawson of Element Law on 01892 516 216 or katelawson@elementlaw.co.uk