The deadline for large private and voluntary sector employers to publish their gender pay gap (GPG) figures was 4 April 2018.

More than 10,000 employers published data, with more than 1,000 reporting on the last day and in the region of 1,500 missing the deadline.  The results show that 78% of large employers pay men more than women, with only 8% reporting no pay gap at all.  On the basis of the figures submitted, the national median pay gap was reported to be 9.7%, significantly lower than the national pay gap of 18.4% recorded by the Office of National Statistics.

The finance sector had the largest reported GPG of 35.6%.

The accommodation and food services sectors reported the smallest pay gap, with an average median GPG of 1%.  This could potentially be explained by such businesses using flat pay rates, with a large proportion of staff on the minimum wage. 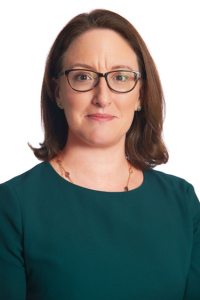 Some companies reported negative pay gaps where women are paid on average more than men. These included Tesla Motors (-3.8%), Mamas and Papas (-4.8%) and Richer Sounds (-5.8%).

The EHRC called for employers to tackle their GPG by reviewing their flexible working practices, tackling conscious and unconscious bias, and addressing pregnancy and maternity pay discrimination.

Domestic Regulations in force for GDPR

In this appeal, the Supreme Court held that, when dealing with written notice sent by post, and in the absence of an express contractual term specifying when a notice of termination is effective, the notice starts to run when the letter comes to the attention of the employee and they have either read it or had a reasonable opportunity of doing so.  The court rejected two alternatives: that the notice would start to run when the letter would have been delivered in the ordinary course of post, or when it was in fact delivered to that address.

Mr Mbubaegbu, a consultant orthopaedic surgeon, was employed in the Trauma and Othopaedics (T&O) department for 15 years until he was dismissed for gross misconduct.  Prior to the disciplinary proceedings that led to his dismissal, Mr Mbubaegbu had an unblemished disciplinary record with no previous warnings.  Following an 8 month investigation, disciplinary action was taken against him in relation to 17 allegations.  He was not suspended during the investigation.

The EAT found that it was not necessary for there to be one particular act that amounted to gross misconduct for a summary dismissal to be fair.  Conduct that undermined the trust and confidence in the employment relationship could amount to gross misconduct, and this conduct could comprise a single act or several acts over a period.

The EAT also highlighted that the tests for wrongful dismissal and unfair dismissal are different; in a wrongful dismissal case the tribunal must not simply look at the fairness of the employer’s decision but must make its own findings of fact as to whether the claimant was guilty of a repudiatory breach of contract.

Also note in this case the General Medical Council following an investigation decided to take no action against the respondent, but this did not impact the decision of the Tribunal.

Following the highly publicised issue around Ms Nicola Thorp and the requirement in some businesses for female employees to wear high heels and the  subsequent House of Commons report entitled “High heels and workplace dress codes”, the government has rejected recommendations to make legislative changes in this area.  However, the Government Equalities Offices has now published guidance which you can access here:

The case of City of York Council v Grosset demonstrates that discrimination arising from disability can occur even where an employer has reasonably concluded that there is no link between an employee’s actions and their disability.

In this case, the Court of Appeal upheld the decisions of both the employment tribunal and the EAT that an employer was liable for discrimination as a result of dismissing an employee for misconduct linked to their disability. Despite the employer making a reasonable conclusion based on medical evidence that there was no link between the disability and the misconduct, the Court upheld the prior decisions, commenting that an employer’s knowledge of the causal link is not relevant.

The EAT has upheld an employment tribunal’s decision that a Muslim employee, Mr Bakkali, had not suffered religious harassment when a colleague, Mr Cotter, asked him if he still supported Islamic State (IS), a terrorist organisation.

The EAT felt that whilst the conduct was unwanted and humiliating to the claimant, when considered in context, it was not “related to” religion.

The EAT has held that an employer can never have a “reasonable and proper cause” for breaching the term of mutual trust and confidence where the breach consists of the unilateral imposition of a significant pay cut on an employee.

In addition to being a breach of the implied contractual term of mutual trust and confidence, the threatened pay cut was also a breach of an express term in relation to salary payment.

There was in this case therefore a clear repudiation of the employment contract, and the finding was that the employee had been constructively dismissed.

If you have any questions on any of the above information or require employment law or HR advice, please contact Kate Lawson of Element Law on 01892 516 216 or katelawson@elementlaw.co.uk