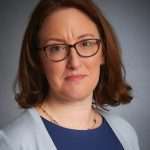 The Act provides the legal framework to facilitate the UK’s withdrawal from the EU.  It does this by transferring EU law into UK law where appropriate and creating temporary powers to correct the laws that will no longer operate appropriately.

Upon the exit of the European Union, the European Communities Act 1972 will be repealed with indirectly applicable EU law transposed into UK law.

Following on from a recent Supreme Court case involving Pimlico Plumbers in which plumbers were found to be workers not self-employed, an employment tribunal has similarly held that couriers of Hermes were workers, despite being classed as self-employed.

As the couriers were controlled by Hermes and had little autonomy the tribunal ruled that it was a “dependent work relationship” and they had an obligation to perform services personally.  The tribunal noted that it was not an arm’s length role in which they could look after their own interests.

Further, evidence suggesting that the couriers “negotiated” pay rates was not credible.

Remember that cases on status are likely to be of limited precedent value since they will be highly fact sensitive.

Soon after the Independent Workers Union of Great Britain was granted a limited right to seek judicial review of a Central Arbitration Committee decision to recognise Deliveroo drivers as workers in relation to union recognition matters, Deliveroo has settled out of court multiple employment tribunal claims brought by 50 of its delivery riders.

The riders claimed they were denied paid holiday and the national minimum wage after being incorrectly classed as self-employed contractors.

Mrs O’Connor, an employee of DL Insurance Services Ltd (DLIS), had a disability (the nature of which is not specified), resulting in high absence levels over a number of years.

During these years, Mrs O’Connor’s employer, DLIS, had adopted a very careful approach and had treated her with great sensitivity and sympathy, permitting her to have a much longer period of sickness absence than the terms of its sickness absence policy.

Mrs O’Connor subsequently claimed discrimination arising from disability under section 15 of the Equality Act 2010 with the case turning on the issue of objective justification.

The EAT noted that whilst DLIS had been pursuing the legitimate aims of ensuring adequate attendance levels and seeking to improve Mrs O’Connor’s attendance, it agreed with the employment tribunal that the warning was not a proportionate means of achieving those aims.

Under challenge, DLIS had been unable to explain how the warning would assist their aims, other than by citing generalisations about the impact of absences. The disciplining manager, as an example, had not even spoken to the line manager about the possible impact.

It was accepted that Mrs O’Connor had been genuinely ill and could not have avoided her absences.

The EAT felt that in those circumstances, DLIS had not discharged the burden of proportionality, and had failed to follow process, in particular referring Mrs O’Connor to occupational health, which contributed to the evidential gap on the issue of justification.

This case serves as a reminder of the sensitivities of dealing with disability-related absence.  60 days’ absence in 12 months is high but, nevertheless, an employer must still be able to explain and justify why it is appropriate in such a case to issue a warning, with reference to the specific circumstances of the employee’s case.

Sleep-in workers only working when awake

The Court of Appeal has overturned an EAT decision – an indeed a significant body of case law – on national minimum wage for sleep-in shifts. The Court held in these two joined cases that care workers who were required to sleep at, or near, their workplace and be available to provide assistance if required, were available for work rather than actually working. Accordingly, they were not entitled to be paid the national minimum wage for the whole of the sleep-in shift, but only for the time when they were required to be awake for the purpose of working.   This case was clear that this applies to “sleep-in” on-call workers only meaning it is key to analyse the on-call arrangements in detail.  It is understood that these cases will be appealed to the Supreme Court, and Unison has indicated it will be supporting such appeals.

In the case referenced above, the EAT held that the calculation of NHS ambulance workers’ holiday pay under the Working Time Directive should include non-guaranteed and voluntary overtime pay, although not in relation to the additional contractual pay.  The wider impact of this case remains to be seen, although the view at present is this is not widely applicable as it was specifically decided based on NHS contracts.

In response to the National LGBT survey the Government Equalities Office (GEO) has published a paper entitled “LGBT Action Plan: Improving the Lives of Lesbian, Gay, Bisexual and Transgender People”.

The LGBT Action Plan outlines firm commitments to tackle some of the biggest issues facing LGBT people and can be accessed here: https://www.gov.uk/government/publications/lgbt-action-plan-2018-improving-the-lives-of-lesbian-gay-bisexual-and-transgender-people

Since 2015, funding for minimum wage enforcement has more than doubled with the government set to spend £26.3 million in 2018/19.

Employers who pay workers less than the minimum wage face financial penalties of up to 200% of arrears (capped at £20,000 per worker) and must pay back arrears of wages to the worker at current minimum wage rates.

If you have any questions on any of the above information or require employment law or HR advice, please contact Kate Lawson of Element Law on       01892 516 216 or katelawson@elementlaw.co.uk