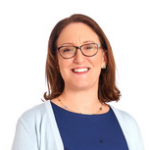 Early Conciliation Figures up by 500 Per Week

Acas has published an update on employment disputes looking at the period from April to December 2017. This shows that, following the abolition in late July 2017 of Employment Tribunal fees by the Supreme Court’s ruling in R (on the application of UNISON) v Lord Chancellor, notifications of early conciliation in employment disputes rose by 500 per week, from 1,700 to 2,200.

In Lofty v Hamis t/a First Café, the Employment Appeal Tribunal (EAT) found that pre-cancerous conditions should be deemed a disability under the Equality Act 2010 (EqA 2010).

In the case, L was diagnosed with lentigo maligna (a pre-cancerous lesion which could result in skin cancer) following a biopsy by her consultant dermatologist in April 2015. After two successful operations to remove malignant cells, in mid-September L was clear of any related cancer. Despite this, L continued to be signed off work for related health issues including subsequent skin grafts, and extreme anxiety.

In December 2015, L’s employment was terminated by the employer as L had failed to attend meetings to discuss the continued absence. A claim was subsequently brought for unfair dismissal and disability discrimination.

The tribunal upheld the unfair dismissal claim but dismissed the disability discrimination on the basis that L did not have a disability. In their view, L’s condition did not amount to cancer for the purposes of the relevant provisions as the consultant had diagnosed a ‘pre-cancerous’ condition and following treatment skin cancer hadn’t developed. L appealed against this finding.

In this complex case, the EAT observed that the claimant (L) had an ‘in situ’ or ‘stage 0’ melanoma i.e. cancer cells in the top layer of her skin. Noting that, while Cancer Research UK’s website says that in situ cancers are not cancers in the true sense (because they cannot spread to other parts of the body), the relevant provisions of the EqA 2010 does not distinguish between invasive and other forms of cancer, only requiring the claimant to have cancer. The EAT’s finding was therefore that L did have cancer and was therefore automatically disabled under the EqA 2010.

In Air Products plc v Cockram, the Court of Appeal restored a decision of an employment tribunal that an employer’s rule to restrict the right to take stock options on retirement to those aged 55 or over was justified age discrimination.

The tribunal found the goal of achieving consistency between the employer’s defined benefit (DB) and defined contribution (DC) pension schemes was ‘a legitimate social policy aspect of intergenerational fairness’ and these restrictions were a proportionate means of achieving that aim.

Employer Not Required to Revoke Dismissal Following Notification of Pregnancy

The EAT has agreed that in claims for unfair dismissal (pregnancy and pregnancy discrimination) the employer must know, or believe, that the employee was pregnant when it took a decision to dismiss.

In this case, Really Easy Car Credit Ltd v Thompson, the EAT decided that a tribunal erred in upholding the employee’s claim as the employer made its decision to dismiss before the employee notified it of her pregnancy (albeit communicating the decision after notification).

The EAT stated that there is no positive obligation on an employer to revisit a decision to dismiss should it be notified of the employee’s pregnancy after the dismissal decision is taken.

Failing to Provide Information Sufficient Grounds for DismissalIn the case of Reilly v Sandwell Metropolitan Borough Council, the Supreme Court has decided that a school acted reasonably in dismissing a headteacher for failing to disclose her relationship with a person convicted of making indecent images of children.

The claimant failed in her safeguarding responsibilities by deciding there was no need to disclose her relationship, or his conviction, to the school. She should have realised it was relevant information, and that it must be provided to the school so that their governing body could make an informed decision about her employment.

In the case of Gomes v Higher Level Care Limited, the Court of Appeal has held that compensation for injury to feelings is not available for a failure to provide rest breaks under the Working Time Regulations 1998.

The EAT held in Capita Customer Management Ltd v Ali that failure to pay a male employee enhanced shared parental pay, where it did pay enhanced pay to mothers on maternity leave, was not direct sex discrimination.

As the Pregnant Workers Directive relates to the health and wellbeing of the pregnant/birth mother, the EAT felt that parental leave was different to maternity leave. In contrast, the Parental Leave Directive focuses on childcare, making no provision for pay. Therefore, maternity leave (and pay) is for the health and wellbeing of the mother, whereas the purpose for statutory parental leave is for the care of the beneficiaries’ child.

Fathers taking shared parental leave are therefore not a comparable situation to a mother taking maternity leave. Instead, the correct comparison is a woman on shared parental leave on the same terms as the claimant. In any event, the tribunal should have found that the more favourable treatment was rendered lawful by section 13(6)(b) of the Equality Act 2010.

This decision supports the employment tribunal decision of Hextall v Chief Constable of Leicestershire Police which was also appealed to the EAT. Hextall was heard on 16 January 2018 and the decision is awaited. It is possible Hextall may be decided differently on appeal.

In Hinks v Sense Network Limited, the High Court has dismissed a claim for a negligent misstatement brought by an employee in respect of an employment reference.

The reference contained opinions formed during an investigation into the employee’s conduct, and the employee argued that it was unfair as the referee should not include such information unless it was satisfied that the investigation referred to was reasonably conducted and procedurally fair, consistent with the standard to be expected of a reasonable employer.

The court found that the referee should take reasonable care in considering and reviewing the underlying material so that they could understand the basis for the opinion and be satisfied that there was a proper and legitimate basis for it. However, the court held that where an opinion is derived from an earlier investigation, unless a “red flag” prompted further inquiry, there is no further duty to investigate.

Taxing Payments in Lieu of Notice From 6 April 2018

As reported in an earlier bulletin, with effect from 6 April 2018, new tax and NICs rules apply to payments in lieu of notice made on termination of an employee’s employment. From that date, employers must subject to tax and class 1 NICs a portion of a termination award equivalent to the basic pay an employee would have earned had the employee served his or her notice in full.

If you have any questions on any of the above information or require employment law or HR advice, please contact Kate Lawson of Element Law on 01892 516 216 or katelawson@elementlaw.co.u